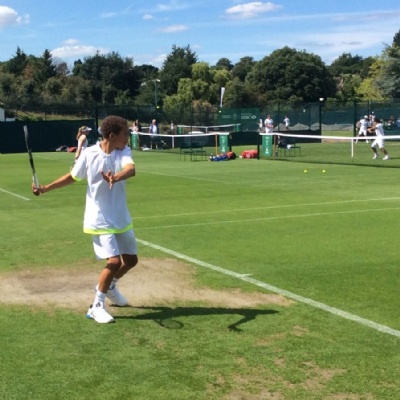 During the school holidays, Reading School boy Leonardo Santoro-Fergusson, competed at the HSBC Road to Wimbledon National/International boy's under 14 Event at Wimbledon between the 14th – 19th August

Now in its 16th year the competition attracts players from over 750 clubs and schools in the UK and Internationally from China, India and Hong Kong with 380 matches being played in the week

13 yo Leonardo won his first singles match but went out in the second round to the eventual winner who was nearly two years senior to him.

Leonardo also competed in the doubles where he and his partner made it to the quarter-finals but eventually lost in a close 3 set match.